To mark a busy year-and-a-half for S&K Supermarket in Nuneaton, the Nisa Partners are now keen to give back to their community and celebrate their successes.

18 months ago the family-run Arbury Road store underwent an extensive refit, extending and renovating the store to Nisa’s Store of the Future 2 format, which saw sales increase by around 7%. These efforts saw the store shortlisted for a Nisa ‘Store of the Year’ award, but it was the Kalm family’s outstanding community efforts that saw them crowned ‘Making a Difference Locally Community Champion 2018’.

As part of its annual exhibition and gala dinner in April, Nisa celebrated the charitable efforts of two of its retailers who have truly made a difference to their community over the last year and beyond. Regular donations to small, local causes - including six donations through Nisa’s Making a Difference Locally charity in the last 12 months – and fundraising via MADL collecting tins saw the Nuneaton store scoop the Community Champion award and £2,500 into their charity fund to donate to local causes. 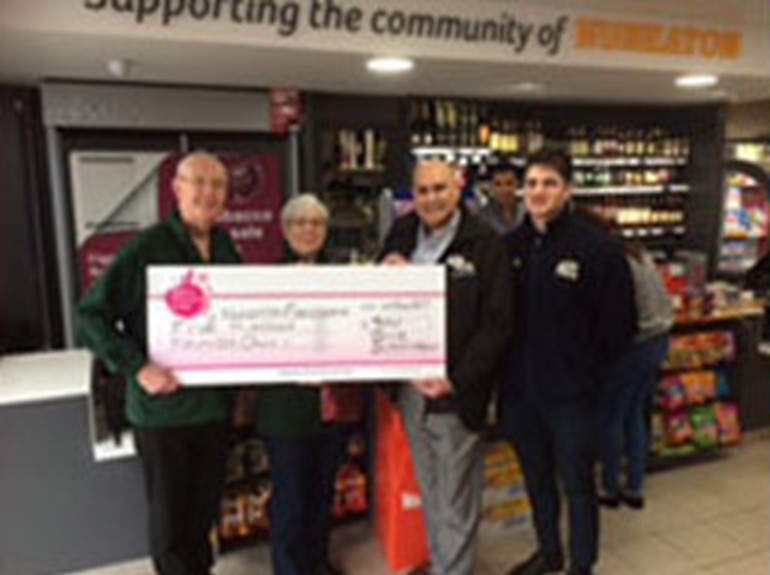 Suk Kalm, who runs the store alongside his brother Manjit, said: “For us, donating through Making a Difference Locally is about giving back to the community and doing something good for the area. As we’ve been part of the community for almost 30 years, it’s a great way of supporting those who have supported our store over the years.

It’s worth it just to see the smile on people’s faces.

“We’ve become known in the area for it and it gives customers another reason to shop at our store. It does provide us with good publicity, but for us, it’s worth it just to see the smile on people’s faces when we hand them the donation.”

S&K Supermarket’s community efforts are set to continue throughout the remainder of the year and beyond, as Suk and Manjit plan to donate their Community Champion winnings to 10 local causes, to mark Making a Difference Locally’s 10th birthday year.

Suk added: “We’ve decided to share the funds between 10 local causes to tie in with 10 years of Nisa’s charity, and it’s a great way to celebrate our award win! We’re asking staff to nominate causes that mean something to them to involve them with the charity and the community too.”