Donations made to good causes via Nisa’s Making a Difference Locally charity have reached a significant milestone amount.

More than 15,000 individual donations have now been given to charities and other good causes - including youth sports teams, community groups, hospices, health and wellbeing charities and many more - across the UK since Making a Difference Locally formed in 2008. 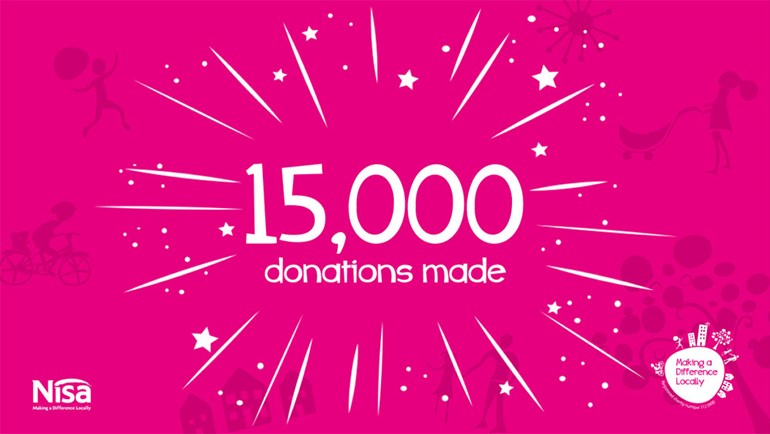 During MADL’s last financial year, which came to a close at the end of June 2021, almost £1.2m was donated to good causes across the UK with Nisa retailers making 2,082 donations over the 12 month period; representing a 31% uplift in the number of individual donations made when compared with the previous year.

One recent beneficiary of a MADL donation was Salisbury Stingrays Swimming Club who received a £500 donation from the Nisa Local at The Crescent, Salisbury, following the launch of a fundraising campaign by the club. Salisbury Stingrays said the donation would ensure it is able to keep operating for its members and invest in coaching staff, new equipment and more.

A spokesperson for Nisa Local Salisbury said: “We’re proud to say that we’ve been fortunate enough to donate £500 to Salisbury Stingrays Swimming Club, through our charity partner Making a Difference Locally."

“We’re pleased to be able to support local organisations like this and look forward to seeing what comes of it. We’re able to do this thanks to our customers who support us day in and day out, that’s why giving back to our local community is so important to us and we do it wherever possible.”

Kate Carroll, Nisa’s Head of Charity, added: “Small charities and community groups struggled for funding during the pandemic, but our independent Nisa partners continued to give back to the communities they serve, as they have been doing since 2008 when MADL launched."

“It’s brilliant to celebrate this tremendous amount of donations made, and look forward to plenty more.”