Scarborough-based retailer Proudfoot Group is celebrating a milestone donation this month after recently supporting a number of local causes with funding.

The independent supermarket group, which operates four stores in the area, has to date donated over £100,000 to almost 200 different charities and other good causes in the local community through supplier Nisa’s Making a Difference Locally (MADL) charity.

Since the charity’s formation in 2008, the Proudfoot Group have been proud advocates of the MADL initiative, which has seen them acknowledged with numerous Nisa awards over the years for their outstanding charitable efforts - including the ‘MADL Charity Champion (over 3,000 sq. ft.)’ title awarded last year.

Proudfoot’s latest donation was of £5,000 to Scalby and Newby Village Trust, to help complete a new, fully accessible front entrance to the Temperance Hall in Scalby. With the new access in place, plans are afoot to use the upstairs space to create a regular pop-up cinema, rehearsal space for local groups and musicians, gallery space for local artists and meeting space for community groups, as well as the traditional community room’s role. 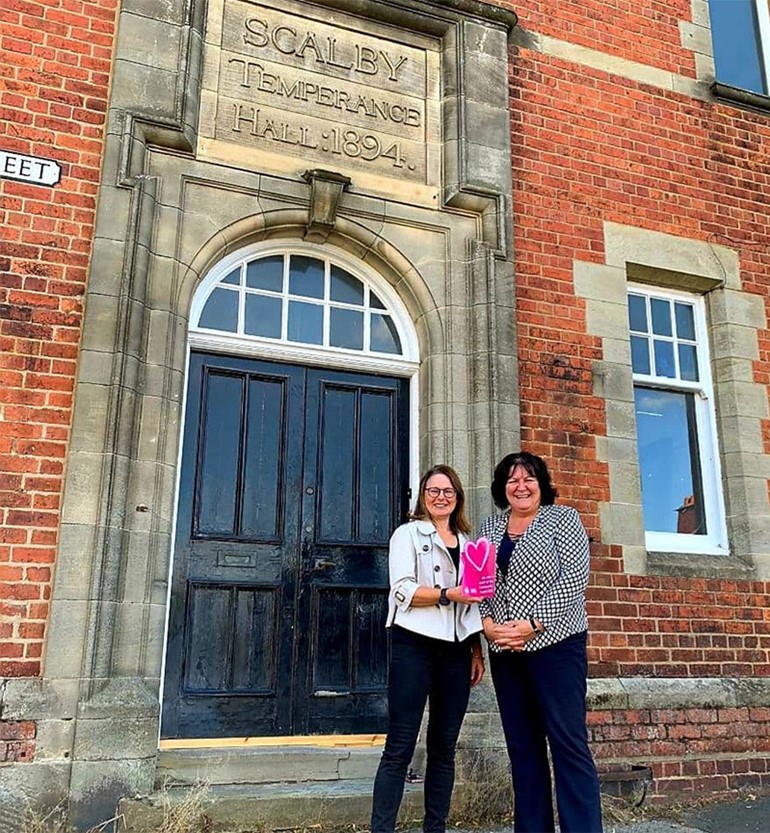 Making a Difference Locally is Nisa’s registered charity, which raises funds in Nisa-affiliated stores from the sale of Co-op and Heritage own-brand products. Funds are also raised via in-store collecting tins and coin spinners, such as those situated in Proudfoot stores. The charity has raised almost £13m to date and supported charities and other good causes with around 15,000 donations.

In addition to the £100,000 donated to the local community through MADL, Proudfoot stores have also supported good causes with over £65,000 in funds raised via the carrier bag charge in its stores.

Proudfoot director Valerie Aston said: “We have been proudly supporting the Making a Difference Locally charity from the very beginning and are delighted to have donated this milestone amount, which we hope has helped make a difference for local groups and the people they support".

“MADL allows us to develop stronger relationships with good causes and the local community, and enables us, as an independent retailer, to support some very worthy local groups in need of extra funding".

“I have had the pleasure of seeing first-hand the difference our donations can make and am delighted that we have been able to support some fantastic initiatives and services with these funds over the years - huge thanks to our wonderful customers who make these donations possible and for their continued support".