Nisa retailers have raised £40,000 for local causes through Making a Difference Locally charity collecting tins sited in their stores.

The milestone amount was achieved from funds raised via 850+ tins nationwide over the last 18 months, to donate to good causes across the UK and Ireland through Nisa’s charity.

The Making a Difference Locally collecting tins were launched to Nisa partners last April at Nisa’s Retail Exhibition and allow retailers to provide even more support to their local communities through charitable donations.

The tins are great because they help us to support even more local causes.

Valerie Aston, Nisa partner and director of the Proudfoot Group in Scarborough, said: “We’re delighted with how well received the MADL collecting tins have been. We’ve had them in our stores since May, and between them they’ve already raised over £1,620. 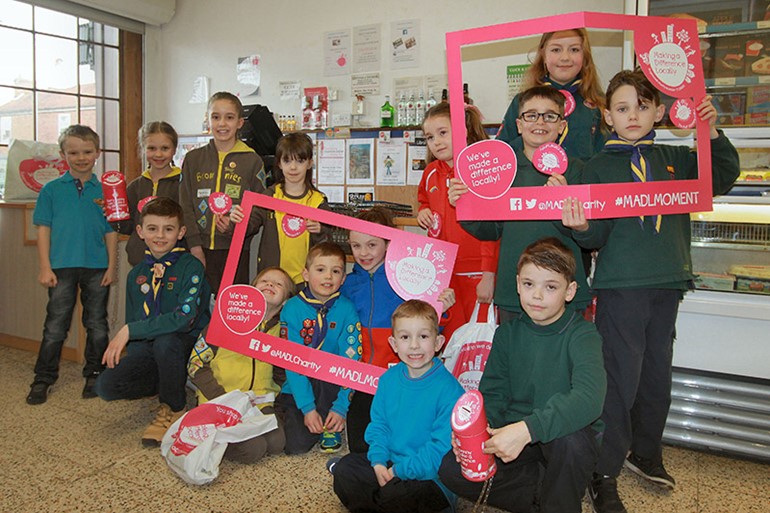 “The tins are great because they help us to support even more local causes. Our customers are very much aware of the MADL charity and how we use the funds to donate to good causes, and so are happy to donate any spare change when making their purchases at the checkouts.”

Kate Carroll, Nisa’s Head of Charity, added: “This year has been a truly exciting one for Making a Difference Locally and has already seen us achieve milestones of £10m raised and 10,000 donations made to local communities through the charity in our 10th birthday year.

“It’s fantastic that our partners have raised such a significant amount for good causes in this way, in addition to the support they already give to their communities through the charity, and we look forward to seeing more great donations being made locally in the run up to Christmas.”