A future in food to go for family convenience store

Food is the future for an independent retailing family based in Glasgow as they move the focus away from groceries and on to fresh food for now and food for later.

Father and son team Abdul and Umar Majid who run Nisa Local Bellshill are focusing on a future of fresh food with ambitions to create something more akin to that seen in the Northern Ireland market. 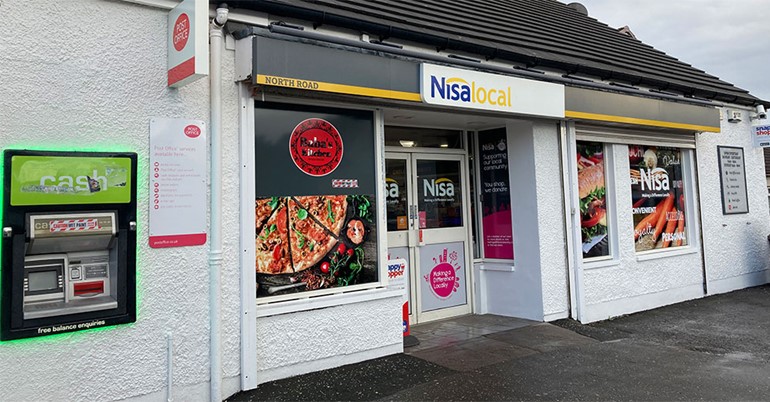 Abdul said: “We want people to think of us more as a food store where they can come to buy their fresh meals, not just as a grocery shop.”

Inspired by other convenience retailers developing their own food offers, the pair went to Northern Ireland on a “fact-finding mission” to learn how the food to go market operates there and were impressed by what they saw.

“We really like the Irish model and the cornerstone of what they do is their fresh food. In the long term we want to have shoppers coming in for their freshly prepared food and picking up their groceries on the same trip,” said Abdul.

The store began by creating a food take out offer and has now moved on to sell freshly prepared meals including casseroles, soups, pies, and pasta dishes that shoppers can pick up from the chiller, take home and heat up for dinner.

Abdul said: “We dipped our toe in and were surprised by how successful it was and so we now have a longer-term plan to build up the offer.”

Made on site and sold under the Baba’s Kitchen brand - after Umar’s grandfather - the choice is expanding and has been well received by shoppers who are enjoying the increased range of both food for now and food for later.

Umar, who has taken on responsibility for developing this side of the business, aspires to make significant changes over the next five to 10 years and ensure the store is future fit.

“Currently we are selling out of most of what we make every day, and we don’t have the capacity to prepare any more. So, the long-term plan will see us create a larger kitchen space which will allow us to make more products,” said Umar.

“It isn’t going to happen overnight, but I have a lot of ideas and it’s something we can do that will really help us to stand out from the competition.”