A new Nisa Local has launched in the West Midlands, almost doubling in size following a major development programme.

Nisa Earlswood near Solihull was previously a 750 sq.ft. Co-op store before it was bought by Nisa partner Bal Singh Aulakh in October last year.

Bal, who operates two more Nisa stores nearby alongside sons Manny and Aaron, carried out a full refurbishment of the premises which included an 850sq.ft. extension to create a 1,600 sq.ft space which now incorporates a full convenience offer. 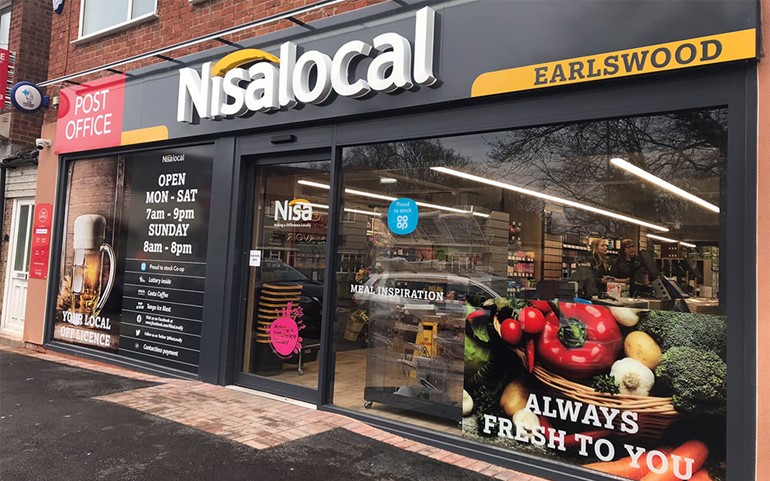 The complete re-fit, carried out to the highest specification by Activ Projects, has allowed for a much-enhanced selling area in store including a large BWS section which is a key footfall driver for the store alongside a large choice of Co-op own brand.

Bal said: “BWS is probably our biggest strength, and we have a phenomenal range, the kind that you’d expect to find in a large supermarket not a convenience store."

“And with our complete fruit and veg range and selection of fresh meat, which is both Co-op and locally sourced, we’ve got everything you could ask for and much more than our customers could get in the old shop.”

The store also plays host to a Post Office counter as well as services including Costa Coffee, Tango Ice Blast, and a Rustlers hot food option along with paninis, wraps and breakfast rolls all available to ‘heat and go’.

Being situated on the main thoroughfare from Shirley to Solihull, the customer car park is a great provision for passing traffic as well as locals living in the vicinity of the store.

The first week of trading in February saw sales almost double what was being taken prior to the take over and development with steady growth since and Singh believes there is more to achieve.

“We didn’t do any marketing to advertise the new store, we just stocked it up, opened the doors and let the shoppers come in,” he said.

“The feedback we have had from our shoppers has been brilliant. They are really impressed with the store and our range, and they can now get everything they need right here in the village.”