Fairtrade was made a focus by some of Nisa’s independent retailers during the last two weeks as they joined the Fairtrade Fortnight celebrations.

A number of Nisa partners celebrated all things Fairtrade by creating dedicated displays in their stores and using specially designed POS to highlight the event.

At Proudfoot Supermarket’s Newby store in North Yorkshire, they highlighted the occasion in store with a gondola end designated to Fairtrade, using a specially created bespoke planogram to showcase the available lines and Fairtrade POS used across all the lines they stock.

They also delivered a Fairtrade presentation to shoppers outlining the work done by Co-op to support farmers and producers, using Zoom to engage with shoppers as director Valerie Aston spoke to customers living in nearby villages about Fairtrade. 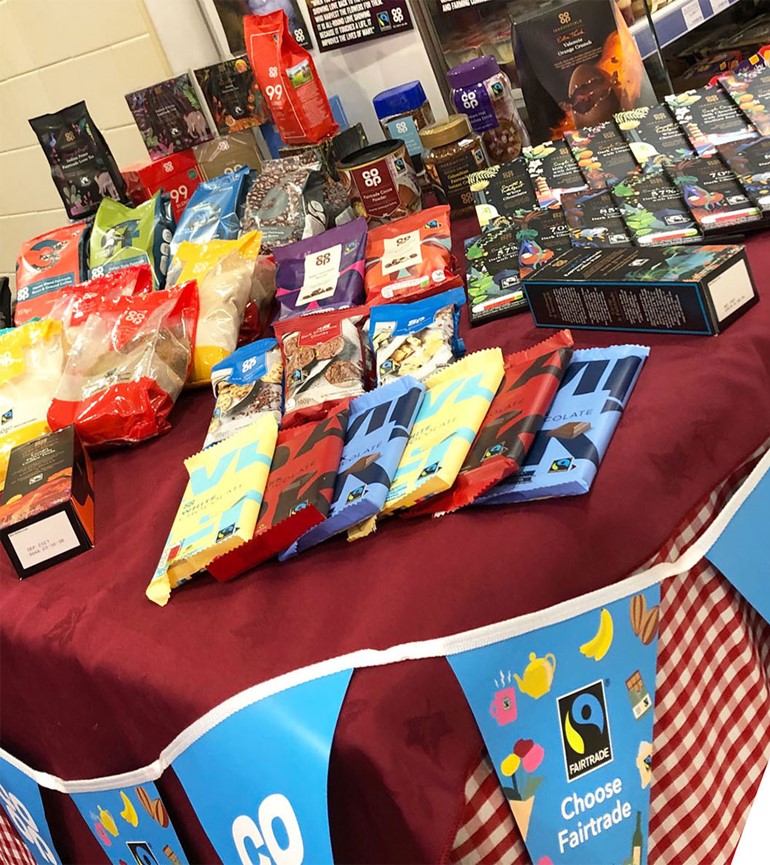 Valerie said: “We had a few dozen people log on to hear about Fairtrade which was really encouraging.

“Our customers were very surprised by what is being done by Co-op to support Fairtrade so this was a great opportunity to spread the word.

“We are keen to support Fairtrade here at Proudfoot and share more information with our customers, not just during Fairtrade fortnight but throughout the whole year.”

At Dike and Son in Dorset, the team used Co-op’s Fairtrade POS to dress an area of the store and show shoppers how they could support Fairtrade with a display of products as well as highlighting Fairtrade Fortnight on their social media feeds.

Adam Vincent, Dike and Son director, said: “We used the POS made available to create a feature in store for the two weeks and encouraged shoppers to consider swapping some of their usual products while shopping, using our display to give them some ideas.”

A post on the store’s Facebook page said: “Why not make some simple swaps this week while you're shopping, to do your bit for farmers and food producers worldwide? Here are a few suggestions, on our display near the deli counter. Choosing Fairtrade products in-store means you support decent working conditions and local sustainability.”

Head of Retail at Nisa, Victoria Lockie said: “Fairtrade makes a real difference to producers around the world and customers support this whenever they buy a Fairtrade product. It’s fantastic that by working with Co-op it enables independent Nisa retailers to stock such a wide choice of Fairtrade products and in turn offer their shoppers the opportunity to play their part.”