With the end of summer fast approaching, Nisa is turning its attention to the sales opportunities coming up during the latter part of the year with the start of their Big Countdown campaign.

Continuing the strong focus on value, the campaign will provide Nisa partners with 16 fantastic one-week-only deals, running right through to the first week of 2021.

The Big Countdown forms an integral part of Nisa’s plan to better support partners and their customers during these uncertain times.

The 2020 countdown campaign will start earlier than it did last year allowing retailers to make the most of it for longer with partners now placing their orders for the initial offer which will be available in store for shoppers from mid-September.

Hannah Goodwin, seasonal manager at Nisa, said: “Many shoppers are facing an uncertain future. The UK is now officially in a recession, the economic situation is worsening and shopper confidence in the future has been eroded with many facing hardship from furloughing and redundancies. All this means shoppers will be seeking cheaper prices and promotions to help them budget.

“The Big Countdown forms an integral part of Nisa’s plan to better support partners and their customers during these uncertain times.”

All Big Countdown deals will feature on the Nisa consumer leaflet, in national press adverts, on Nisa FM and across all digital channels. The campaign will also be supported with dedicated in-store point-of-sale.

The one-week deals will encompass a broad range of categories and have been planned based on feedback and learnings from the campaign last year.

“We’ll be encouraging Nisa partners to allocate space for impactful displays to draw attention to the Big Countdown deals and to be as loud about value as they can be, to help trade through the economic downturn,” added Hannah.

Shoppers will be able to purchase these “one week only deals” from Nisa partner stores from 16th September. 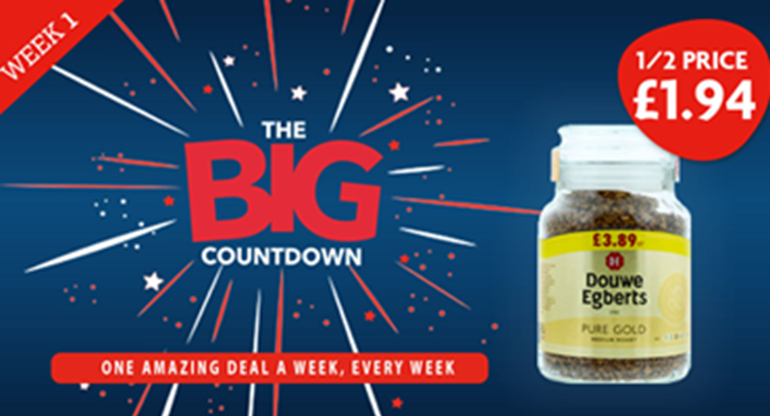