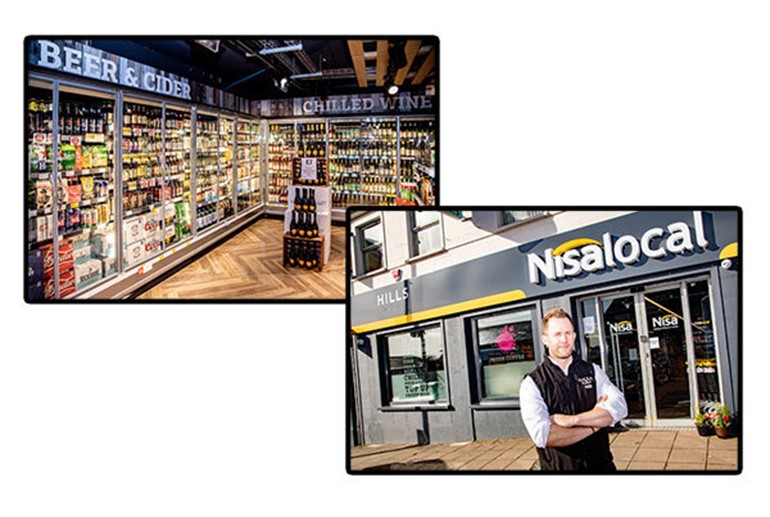 A recent refurbishment at a Nisa Local village store in Armagh has completely transformed the shop to such an extent that some shoppers believed it was a brand-new store.

The 3,400 sq. ft premises in the centre of the village of Markethill, closed in August last year for two and a half weeks in order to carry out a full makeover and the change in appearance is impressive.

The refit involved streamlining and tweaking rather than demolishing and rebuilding, explained owner Paul Hill, but such was the success of the changes that the store looks much bigger, with some customers refusing to accept an extension hadn’t taken place.

We’ve changed to fridges with doors and we opened up the aisle that leads from the main door, so it looks like a main shopping area. We condensed the main ambient aisles down a little so they’re narrower. There’s now a nice market look to the store. There’s a lower level to the front of the shop now too, so you can see right down to the front of the tills, it’s all open.

It looks a lot bigger now and customers think it is 50% bigger. They seem to really love the look of it. They didn’t know we were going to do a freshen up, but they’ve been pleasantly surprised, particularly with the chilled products we’re now doing.

As well as altering the look of the store, Paul and wife Dawnise, made changes to the range with many Co-op products added in, especially ambient lines.

“As we’re more of a top-up shop than a supermarket, the customers weren’t really asking for anything, but they’ve taken to the Co-op range well. We took the opportunity to push the Co-op brands more. It’s been good to us and the margins are good too.”

And with local lines of fresh and chilled doing well, particularly the home-made ice cream, future plans for the store include the introduction of their own fresh food for the deli as well as producing their own ready meals to meet shopper demand where local lines do best in Northern Ireland.