Nisa’s retailers and suppliers have been celebrated at the 2020 Nisa Expo which was held virtually for the first time in the symbol group’s history.

Earlier this week guests went online to attend the long-awaited awards ceremony hosted by journalist, presenter and comedian Alex Brooker at the end of the first day of the expo.

The ceremony saw a host of Nisa partners as well as suppliers recognised for their retailing excellence.

Two Own Brand Retailer of the Year awards, which celebrate retailers who actively champion the Co-op own label range, were presented to Nisa Local Fitzwilliam and Filco Supermarkets – Boverton Road, who received the awards for Under 1,500 sq. ft. and Over 1,500 sq. ft. respectively.

This year’s event saw the introduction of the Newcomer of the Year award, which was won by Nisa partner Amacor for their Nisa Local store in Stoke-on-Trent which was honoured for its impressive developments and improvements since joining Nisa last year. 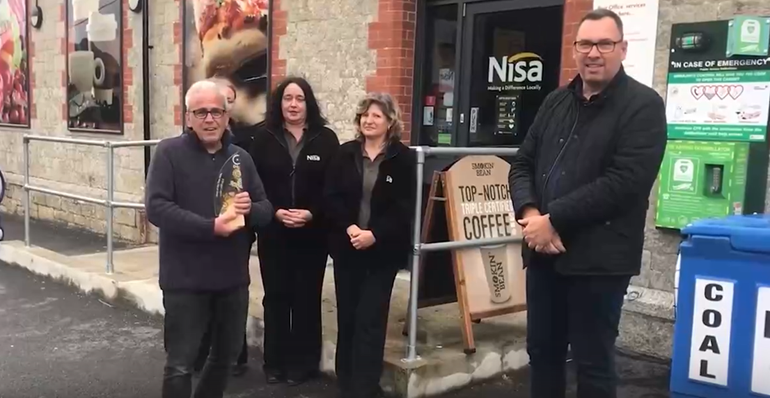 This year, three Making a Difference Locally awards were dedicated to retailers who have made a significant difference to their local community through the charity. Scarborough-based Proudfoot Group supermarket was awarded MADL Charity Champion (over 3,000 sq. ft.) whilst S&K in Coventry won the under 3,000 sq. ft. award for their outstanding charitable efforts. In addition, Gwilliams of Edington were rewarded for their dedication to supporting local causes taking home the Fundraiser of the Year title. All three MADL award winners were also given £2,500 to donate to local causes through their Making a Difference Locally funds.

Finally, a number of suppliers were acknowledged for their exceptional levels of service to the business over the last 12 months, as follows: