Nisa Retail has teamed up with Cadbury this Easter to support retailers in driving sales in their stores through a customer facing competition.

Shoppers will be encouraged to head to their local Nisa stores to be in with a chance of winning an iPad along with several chocolate related runner-up prizes.

As part of the online social campaign, customers will be urged to locate specific pieces of Easter related point of sale in a Nisa store, photograph it and then submit the image to Nisa via the main social channels for Nisa Local on Facebook and Twitter.

Details of the competition will also be running on Nisa FM in stores to ensure maximum awareness among shoppers. 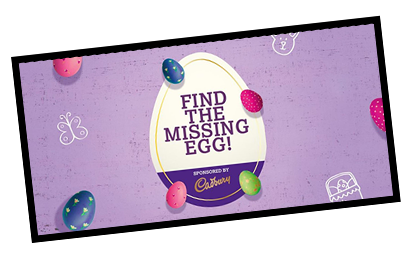 Specially designed egg-shaped POS have been issued to Nisa Retail partners who will then display it prominently around their stores to enable their shoppers to take part in the egg hunt.

The competition is running in participating stores from now up to and including Easter Sunday – 21st April.

Regan Howard, campaign and media partnerships manager at Nisa, said: “Mobile and digital impacts on approximately 40 per cent of offline sales so it’s really important to use these tools to drive customers into stores.

“We’ll be encouraging Nisa partners to display the egg-shaped POS in their stores and will use our social media platforms and Nisa FM to make shoppers aware and get them involved in this nationwide Easter egg hunt!”