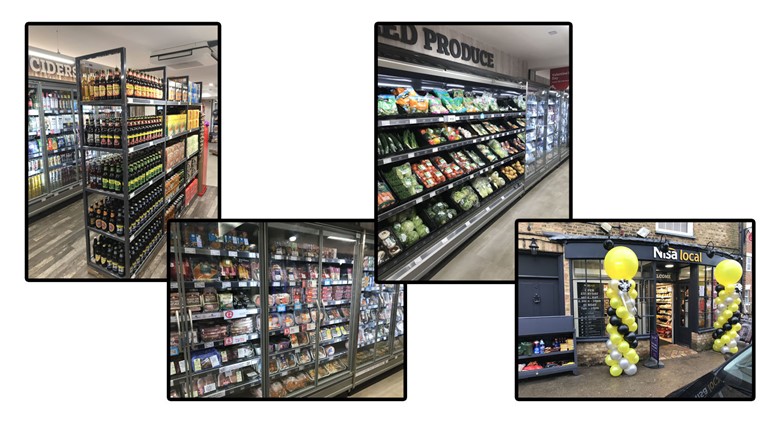 A major re-fit at a neighbourhood convenience store in the village of Stilton, Cambridgeshire has allowed an experienced Nisa retailer to make huge improvements in key categories and ensure the shop is fit for the future.

During the re-development that took three weeks to complete, Siva Thievanayagam, who owns a series of Peterborough-based stores under T Y S Retail company, altered the L-shaped premises into a rectangle, working with Nisa’s format and development team to redesign the store which is housed in a listed building.

The Nisa Stilton store has almost doubled the size from 1,500 sq ft to just under 3,000 sq ft with the chilled and off licence categories in particular benefiting, enabling the retailer to re-focus on these key categories.

Completing the re-fit just ahead of Christmas, meant the retailer was able to make the most of the extra space instore and offer shoppers exciting new products including an extensive range of spirits for the festive period, showcased in bespoke units.

The store was officially launched at the end of January with a community opening attended by a local councillor and in-store tastings from suppliers.

The new look store now boasts 20 chilled bays, up from 11, plus a deli counter and the space available for chilled alcohol has doubled.

Food to go has stepped up a level with a much-improved offer in a more visible location, ensuring shoppers are driven to the area when entering the shop.
Storage space has also been converted to create a food preparation and bakery area and daily operations have been optimised by increasing the size internally.

Sudakaran Selvaraj, operations manager at T Y S Retail company, said the refit is already having an impact on the store.

It’s early days, but there’s definitely been an increase sales-wise. We’re doing much better than the same time last January, and we expect this growth to keep going into the spring and summer. We can see that, with the changes in our ordering frequency, we’re performing a lot better.