A year after its launch, Nisa is celebrating website success with the number of new retailer leads generated almost tripling year on year.

The site, Nisalocally.co.uk, which officially launched in July last year, has consolidated and strengthened Nisa’s public facing web presence by providing a single solution to effectively demonstrate the Nisa offering to its wide range of key stakeholders.

And it is proving to be a valuable tool in the generation of new leads with an increase of 277% on leads generated year-on-year. Of those, 83% of total leads were generated from organic searches, coming through search engines, an increase of 566% year-on-year for the same period last year. 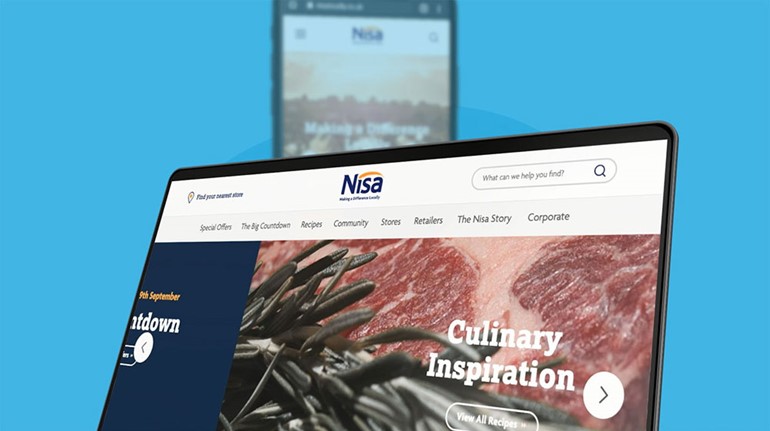 What’s more, in addition to generating leads for Nisa, the site is also providing leads to Co-op for prospects interested in Co-op franchise.

Lee McDonald, Digital Lead at Nisa, said: “A year after launching the new site it is extremely pleasing to see continued success in the generation of leads for both Nisa and the Co-op franchise model."

“There is a lot of great content on the site which appeals to our many stakeholders but significantly, lead generation is a key performance measurement for the website, and I am delighted that it is proving its worth and that digital continues to play an ever-critical role in the growth of the business.”

Visitors to the site can see all the current instore offers and delicious recipes, read the latest news, learn about the company’s history, Nisa’s Making A Difference Locally charity and much more. Meanwhile there is a host of information for prospective new partners outlining the benefits of joining Nisa including a section dedicated to Nisa’s new rebate proposition Fresh Rewards which allows retailers to calculate their rebate.

Lee added: “We live in an increasingly digital age and it is paramount that, as a business, we are able to accommodate our numerous and varied stakeholder groups across all channels.”